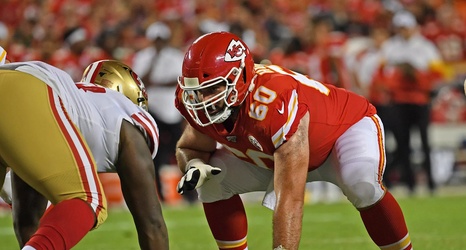 According to a report from friend-of-the-site Matt Derrick of Chiefs Digest, Kansas City Chiefs offensive lineman Ryan Hunter has cleared waivers — and is returning to the team’s practice squad.

Since Hunter had been on the active roster, putting him on the practice squad means another player has to be released from that 10-player roster.