Rodney Hudson sits out of Raiders practice with ankle injury 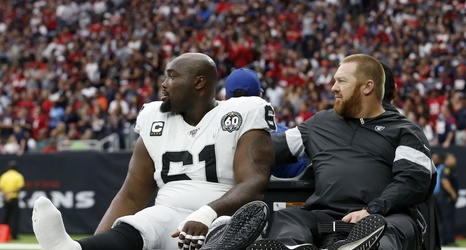 The Oakland Raiders are gearing up for a major AFC West showdown that might define their entire season with the Kansas City Chiefs, and they might be forced to deal with a major injury along the offensive front if Wednesday’s injury report holds for the rest of the week.

Center Rodney Hudson sat out of practice on Wednesday with an ankle injury on the heels of a performance against the New York Jets in which he was obviously affected in some way.

Hudson originally entered the NFL with the Chiefs as their former second round pick before taking big money in free agency to swap franchises with the division.