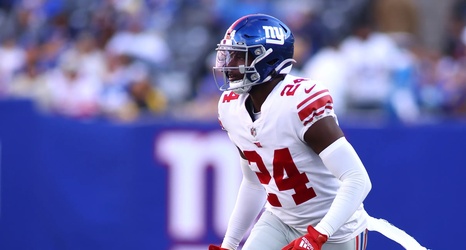 A rumored Kansas City target from earlier this offseason plans to sign with Philadelphia instead.

Free-agent cornerback James Bradberry is signing with the Philadelphia Eagles, according to NFL Network's Ian Rapoport.

Sources: Former #Giants Pro Bowl CB James Bradberry has agreed to terms with the #Eagles on a 1-year deal for $10M. A big-time post-draft addition, as Bradberry lands in a perfect spot.

The Kansas City Chiefs had been connected to the 28-year-old back in March, but as time went on, the understanding became that they would not trade with the New York Giants for him considering his scheduled $13.