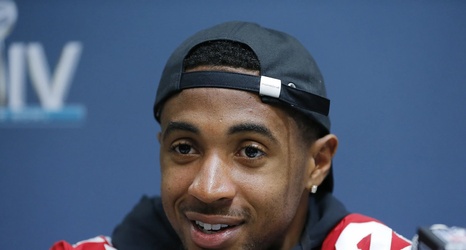 The Kansas City Chiefs will meet with free-agent cornerback K’Waun Williams on Monday, according to Mike Kaye of NJ.com.

Per league source, #49ers CB K’Waun Williams is flying to KC on Monday for a visit with the #Chiefs on Tuesday. It was previously reported the #Jets had some interest.

Williams, 29, first entered the league as an undrafted free agent with the Cleveland Browns. A dispute about an ankle injury eventually led to his departure from the team, and Williams did not play a down in 2016 before landing with the San Francisco 49ers.