Report: Charles to retire after signing with Chiefs 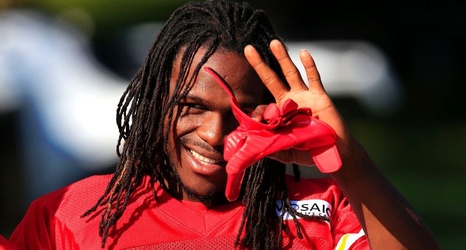 Running back Jamaal Charles is set to announce his retirement from the NFL after 11 seasons and sign a one-day contract with the Kansas City Chiefs to retire with the franchise, 610 Sports Radio reported Tuesday.

Charles, 32, played nine seasons for the Chiefs after being selected in the third round (73rd overall) of the 2008 NFL draft and was a four-time Pro Bowl selection and two-time first-team All-Pro with Kansas City. He is the franchise's all-time leading rusher with 7,260 yards.

Kansas City released him in February of 2017 and he played for the Denver Broncos (in 2017, appearing in 14 games) and Jacksonville Jaguars (2018, for two games) the past two seasons, rushing for 303 yards on just 75 carries.