Quinnen Williams makes for an interesting trade idea for Chiefs 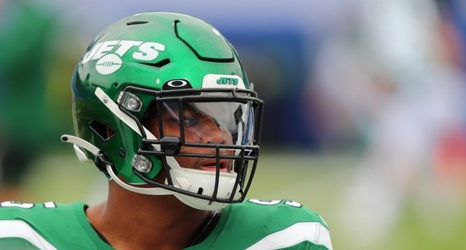 ORCHARD PARK, NY - SEPTEMBER 13: Quinnen Williams #95 of the New York Jets on the field before a game against the Buffalo Bills at Bills Stadium on September 13, 2020 in Orchard Park, New York. Bills beat the Jets 27 to 17. (Photo by Timothy T Ludwig/Getty Images)

The Jets are reportedly shopping Quinnen Williams and the Chiefs could make a move to trade for him.

It was only two drafts ago that Quinnen Williams was the third overall selection, back in the 2019 NFL Draft, as a franchise defensive tackle who drew comparisons to Warren Sapp.