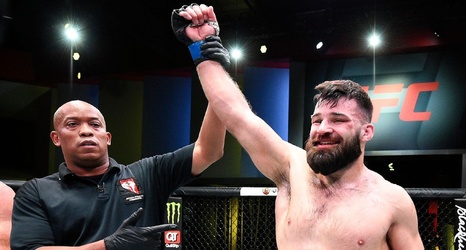 UFC middleweight Julian Marquez is not yet a needle-mover for what he does in the Octagon, but as far as what he says after his fights, the native of Kansas City knows how to make an impact with A-list celebrities.

After defeating Sam Alvey with a second-round submission during Saturday's UFC Fight Night in Las Vegas, Marquez used his postfight interview -- which fighters normally use to call out other fighters -- to challenge athletes from a different sport.