Patriots could be without center Ted Karras vs. Chiefs 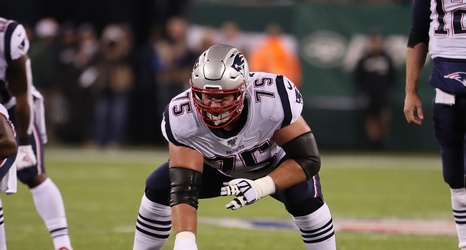 The New England Patriots have already displayed a lackluster offense on several occasions this season, even against the shoddier teams in the league, but against the Kansas City Chiefs coming up in Week 14, they might be down even more talent from their offensive front if starting center Ted Karras cannot play.

NFL reporter Ian Rapoport says that Karras is believed to have sprained his MCL in the Pats’ loss to the Houston Texans in primetime on Sunday night in Week 13. If so, it’ll be hard for him to suit up and be ready to face the Chiefs defensive front in another primetime matchup among two of the Super Bowl hopeful teams in the AFC.