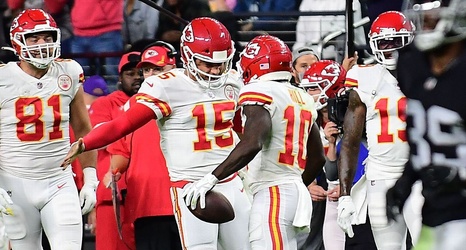 LAS VEGAS -- When handing out credit for the Kansas City Chiefs busting out of their offensive slump, don't overlook practice squad quarterback Shane Buechele. He approached Patrick Mahomes early in the week with a video he'd found on the internet, the contents being a kid talking with the message, "I've got my swagger back."

The message resonated with Mahomes, who had been mired in the first prolonged slump of his pro career. He resolved to play on Sunday night against the Las Vegas Raiders as if he had his swagger back.