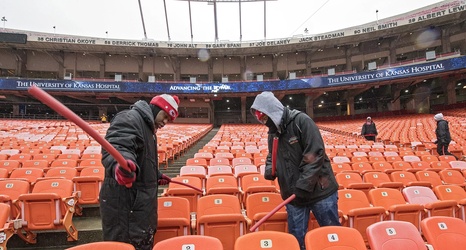 According to a report from Mike Hendricks in the Kansas City Star, Kansas City Chiefs fans might be able to purchase Arrowhead Stadium seats that have been removed during the stadium’s upper-deck renovation as early as the beginning of the regular season in September.

After reviewing bids submitted by a number of possible vendors, Jackson County legislators will consider a proposal submitted by Schneider Industries Inc. of St. Louis and S&S Seating Inc. of Indiana — companies that have previously salvaged and sold seats from Candlestick Park in San Francisco, Tigers Stadium in Detroit and the former Busch Stadium in St.