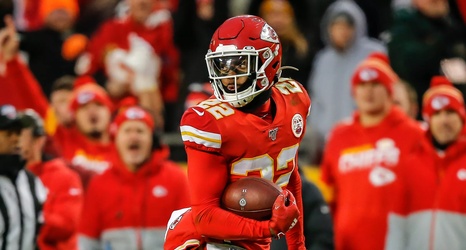 As he does at the end of every season, NFL.com writer Nick Shook has published end-of-season rookie grades for all 32 NFL teams.

He gave the Kansas City Chiefs a B+ for their 2019 class, which included wide receiver Mecole Hardman (56) and safety Juan Thornhill (63) in the second round, defensive tackle Khalen Saunders (84) in the third, cornerback Rashad Fenton (201) and running back Darwin Thompson (214) in the sixth and guard Nick Allegretti (216) in the seventh.

The Chiefs sent a first-round pick to Seattle for Frank Clark, then followed that up by nailing their two second-round picks in Mecole Hardman and Juan Thornhill.