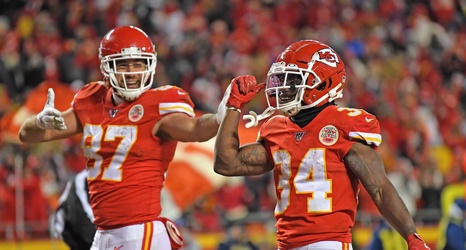 Coming into Week 13, the Kansas City Chiefs were looking at an ever-slimming lead in the AFC West. On Sunday afternoon, they turned away any gaining momentum on the part of the Oakland Raiders to regain a multi-game lead in the division.

The Chiefs initially enjoyed a multiple game lead after four games when they started the season undefeated but injuries took their toll in the season’s midsection. The Chiefs lost key games to the Indianapolis Colts and Houston Texans in October around the same time the Raiders began to enjoy a win streak of their own. On Sunday, the Raiders had the chance to pull into an actual tie with the Chiefs with a win.