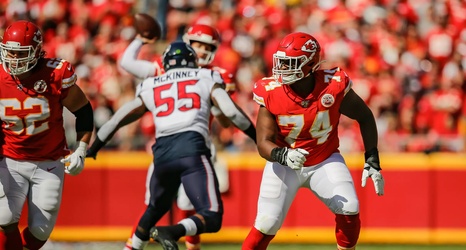 Three games ago, the starting left guard — Andrew Wylie — went down with an ankle injury, as the Kansas City Chiefs fell to the Indianapolis Colts.

Losing a single interior offensive lineman typically wouldn’t be a major setback for a top-tier offense, but when the backup offensive guard is already starting at left tackle (Cameron Erving), it becomes a much more significant issue. So the Chiefs called upon newcomer Martinas Rankin to step into his place.

Rankin was acquired via trade with the Houston Texans just before the season began.