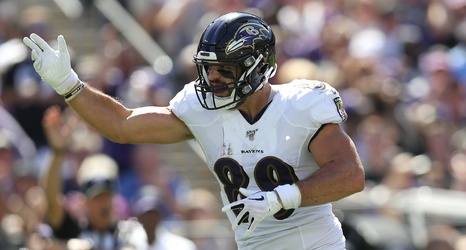 The Baltimore Ravens reportedly won’t find out until warm-ups for the team’s game against the Kansas City Chiefs whether or not they will have tight end Mark Andrews, one of their top pass catchers, available at Arrowhead Stadium.

Andrews has been dealing with a foot injury that kept him out of practice on Wednesday and limited in the rest of the team’s practices as they prepare for the Chiefs.

Andrews has been a go-to target for Lamar Jackson early and often in 2019. He has 16 catches on 17 targets for 220 yards and 2 touchdowns in just two games this season.