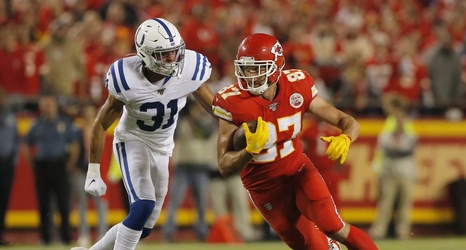 Going into Sunday night’s game against the Indianapolis Colts, few would have predicted the Colts would have emphasized man-to-man pass coverage against the Kansas City Chiefs; the Colts had tended to stay in zone coverage for about three snaps out of four.

But that’s exactly what the Colts did in their 19-13 victory over the Chiefs — and Kansas City just wasn’t ready for it, as tight end Travis Kelce explained on Wednesday.

”They just played us in pure man coverage and said, ‘Beat us.’ And then we didn’t,” he told the press.