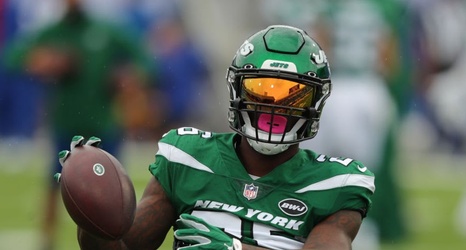 ORCHARD PARK, NY - SEPTEMBER 13: Le'Veon Bell #26 of the New York Jets makes a catch before a game against the Buffalo Bills at Bills Stadium on September 13, 2020 in Orchard Park, New York. Bills beat the Jets 27 to 17. (Photo by Timothy T Ludwig/Getty Images)

Somehow Le’Veon Bell has never, ever played the Denver Broncos before.

Le’Veon Bell has played in the National Football League since the 2013 season, the same year he was the second round pick of the Pittsburgh Steelers. Since that time, he has played in 83 total games in his career between the regular season and the playoffs.