KC Chiefs: What’s next for Britt Reid after DWI charge? 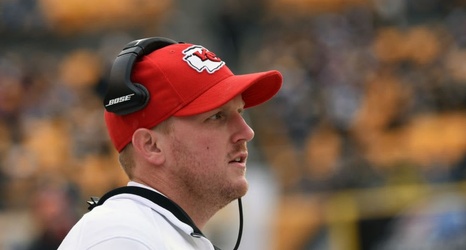 PITTSBURGH, PA - DECEMBER 21: Quality control coach Britt Reid of the Kansas City Chiefs looks on from the sideline before a game against the Pittsburgh Steelers at Heinz Field on December 21, 2014 in Pittsburgh, Pennsylvania. The Steelers defeated the Chiefs 20-12. (Photo by George Gojkovich/Getty Images)

Britt Reid, the son of K.C. Chiefs head coach Andy Reid and former assistant linebackers coach for the team, has been formally charged by Jackson County in connection with an accident the week before the Super Bowl.

As we know, Reid was driving his pickup truck the Thursday before the big game when he struck two vehicles injuring multiple people including two children.