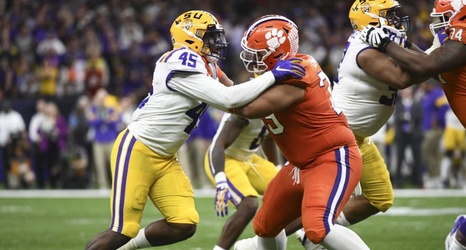 If you’re looking for massive changes along the offensive line for the Kansas City Chiefs, then you’re going to love the latest mock draft from CBS Sports analyst Chris Trapasso. He has the Chiefs taking a flyer on the mammoth frame of Clemson tackle Jackson Carman at the bottom of the first round at No.