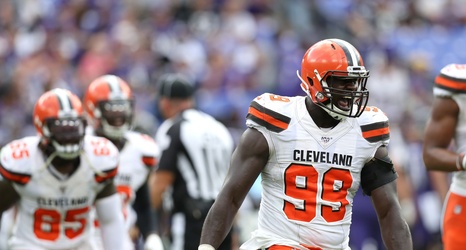 NFL reporter Howard Balzer has word on the latest signing to the Kansas City Chiefs practice squad with the addition of defensive tackle Devaroe Lawrence.

Lawrence is an interesting addition for the Chiefs in a number of ways. He’s already 27 years old, which is quite a bit older than most prospects on a team’s practice squad, but he only entered the league in 2017 as an undrafted free agent out of Auburn. He first signed with the New Orleans Saints but a torn ACL cost him his rookie season.

The Cleveland Browns traded a seventh round pick for him before the season began in 2018 and he spent the year learning next to the likes of Myles Garrett.