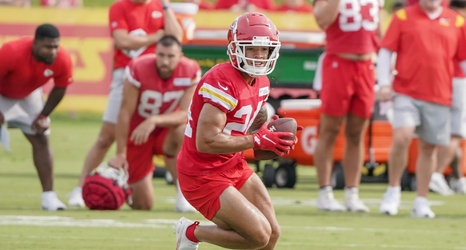 Among all the Kansas City Chiefs’ offensive coaches, no one has had to deal with as much 2022 turnover as wide receivers coach Joe Bleymaier. Aside from Mecole Hardman — who is now the team’s most-senior wideout — the entire group has changed since last season.

That means there’s plenty of work to be done in order to get the newcomers up to speed.

The greenest of the new faces is rookie Skyy Moore, who was the team’s second-round selection during April’s NFL Draft. He has been lighting up training camp with impressive catches and smooth route running, which can be linked to the focus he displayed upon his arrival.