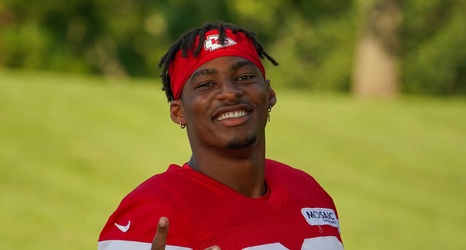 As Kansas City Chiefs tight end Jody Fortson took his place behind the podium for a Zoom press conference on Wednesday, he had an ear-to-ear smile that he couldn’t hide.

“Hey Jody, you got a huge smile on your face there,” Kansas City Star beat reporter Herbie Teope noted to open the question portion of the press conference.

Fortson had plenty of reason to be overjoyed. After two offseasons spent trying out for the Chiefs and eventually failing to make the active roster, he has officially made this year’s initial 53-man roster.