Jamaal Charles, still the career rushing leader in Kansas City, to retire as a Chief 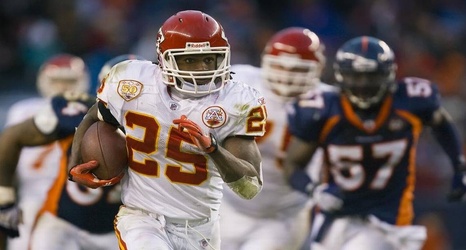 At the 2017 NFL Combine, Chiefs general manager John Dorsey explained the decision to release running back Jamaal Charles on Tuesday. By

The Chiefs will to sign career rushing leader Jamaal Charles to a one-day contract this week so he can retire with his original team, The Star confirmed.

Jamaal Charles will be signing a one-day contract to retire as a member of the #Chiefs. pic.twitter.com/R1PkH46C6v

The decision signals Charles’ retirement from the NFL, which had remained uncertain after last season, when he appeared in two games for the Jacksonville Jaguars.