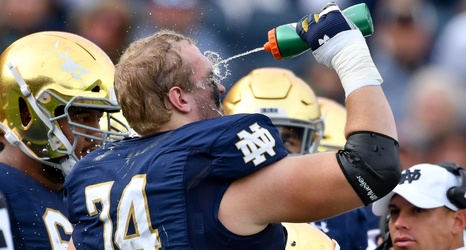 In part two — posted to NFL dot com this week — he went with an offensive lineman, addressing the team’s most pressing and obvious need at tackle.

Eichenberg may need to start immediately at left tackle after all the turnover along the O-line. It’s a big ask to protect the blind side of one of the league’s top QBs.