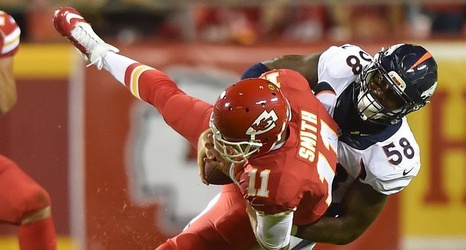 The Kansas City Chiefs have released their list of inactive players for Sunday’s home game against the Los Angeles Chargers. Neither defensive end Frank Clark (hamstring) or cornerback Charvarius Ward (quad) will suit up for the game — although defensive end Chris Jones (wrist) will play.

Here are the Chiefs’ inactives for today’s game:

Clark’s absence was not unexpected. On Friday’s injury report, he had been listed as doubtful for the game.