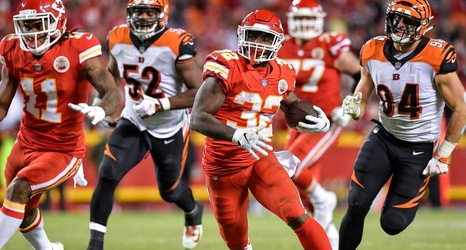 Kansas City Chiefs running back Spencer Ware has returned from injury and carries the respect of teammates with his unselfish ability to block for whoever is carrying the ball. By

Spencer Ware is staying in the AFC.

The former Chiefs running back signed a one-year contract with the Indianapolis Colts on Tuesday morning, the team announced.

Per NFL Network’s Tom Pelissero, Ware signed for one year and $1.305 million. His deal could pay out as much as $2.05 million with incentives.

Ware, 27, was the Chiefs’ starting running back before a catastrophic knee injury in Week 3 of the 2017 preseason.