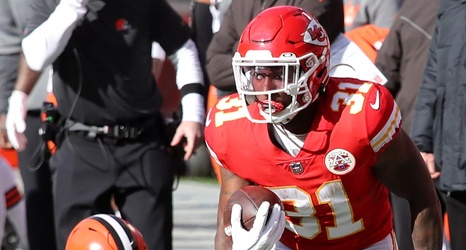 On Sunday, the Kansas City Chiefs were able to stave off a late comeback attempt by the Cleveland Browns, advancing to their third straight AFC Championship with a 22-17 victory.

Team stars like wide receiver Tyreek Hill, tight end Travis Kelce, safety Tyrann Mathieu and rookie cornerback L’Jarius Sneed all had big games. But one player unexpectedly had a big role in the win: third-string running back Darrel Williams, who got the start over Le’Veon Bell. It proved to be the correct call.

Down the stretch, Williams has mostly been utilized as Kansas City’s third-down back, getting significant touches only when injuries have occurred.