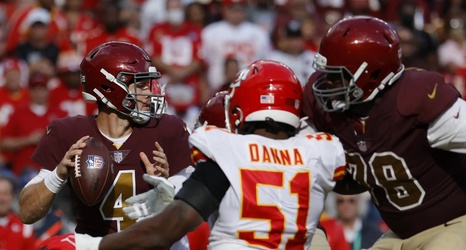 Earlier this week, reports that the Kansas City Chiefs interested in signing (at the time) free agent defensive end Whitney Mercilus made sense.

In my opinion, it would be a great idea for the Chiefs to continue to pursue additions at the position. After all, NFL teams can never have enough good defensive linemen — and the Chiefs could certainly use more of them on their depth chart.

Considering those reports — and that on Sunday, the Chiefs will face the Tennessee Titans, led by freak-of-nature running back Derrick Henry — I decided to dive into the defensive line film from last Sunday’s game against the Washington Football Team.