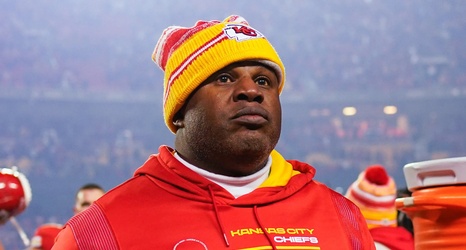 The Kansas City Chiefs head into the holiday week with much to be grateful for after beating the Los Angeles Chargers on Sunday night.

The Chiefs have all but solidified their status atop the AFC West after quarterback Patrick Mahomes and tight end Travis Kelce led a comeback late in the fourth quarter in yet another come-from-behind win.

One thing noticeably absent from the game was the gravity-defying plays made by wide receiver Marquez Valdes-Scantling, who had only one catch for 18 yards on the night.

Offensive coordinator Eric Bieniemy was asked about Valdes-Scantling missing in the game plan — and in response, he eluded to what has been true for a while: with so much talent on one roster, the ball tends to get spread around amongst all of the offensive weapons.