Eric Bieniemy and Colorado have ‘preliminary mutual interest’ per report 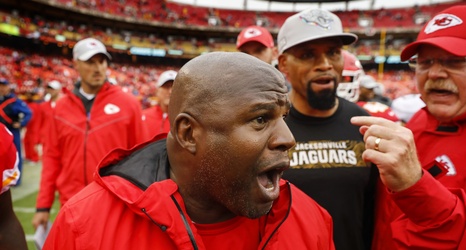 In the wake of Mel Tucker’s decision to leave the University of Colorado as the football team’s head coach, the spotlight has shifted to a few potential candidates to replace him, and one of the biggest rumors has centered on Eric Bieniemy, currently the offensive coordinator for the Kansas City Chiefs.

Bieniemy is one of the most famous football alumni from Colorado, so it makes sense that he would be mentioned in conjunction with the opening. He’s the school’s all time leading rusher and even got his coaching start there as running backs coach. He also earned his first coordinator gig with the school as their offensive coordinator before he was hired away by Andy Reid back in 2013 to make the leap to the pro level.