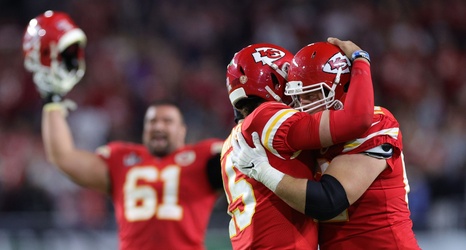 Back when I wrote on Arrowhead Addict regularly, I cooked up a column called “Earning Their Arrowheads.” The idea came to me because of a silly motivational tool then Chiefs head coach Todd Haley implemented during training camp. Haley had all the players wear blank red helmets during practice. Once a player demonstrated that he was good enough to make the team, he would “earn his Arrowhead.”

So in the wake of the Chiefs’ first Super Bowl Championship in 50 years, I thought I’d dust off this old column and recognize the Chiefs players that, in my obviously correct opinion, earned their Arrowheads during the Super Bowl.