Daniel Jones dreams of being as fast as Tyreek Hill 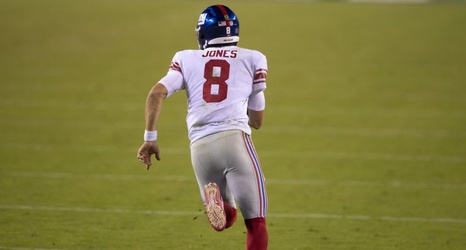 Someone with a broken radar gun is spreading rumors that Daniel Jones is nearly as fast as Tyreek Hill.

Everyone loves a good joke, and apparently a fall Friday afternoon is a good time for the latest one to circulate around NFL Twitter. This particular joke features a quarterback for the New York Giants (a franchise that is also a joke), the NFL’s fastest player, and a radar gun that apparently stopped working long ago.