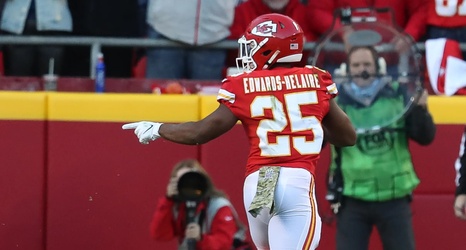 As Kansas City Chiefs starting running back Clyde Edwards-Helaire crossed the goal line for a touchdown in his return game against the Dallas Cowboys, he pointed at linebacker Luke Gifford.

Instant penalty flag. Taunting. 15 yards to be added to the extra point.

Edwards-Helaire can hardly be blamed. Sure... perhaps it was a brief lapse in judgment. But it had been a long road back for the running back, who had missed the last five games due to a sprained MCL.

“There’s nothing to really talk through,” Edwards-Helaire said regarding the penalty after the game.