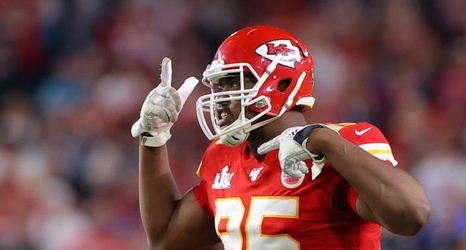 Whether it’s from the Chiefs or not, Chris Jones deserves everything he wants.

You begin with Chris Jones and build up from there.