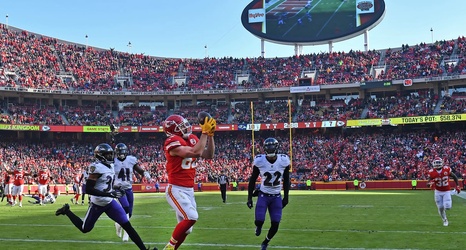 We have a potential battle of the MVP candidates coming up on Sunday when the Kansas City Chiefs take on the Baltimore Ravens in their home opener. Both teams and their quarterbacks, Patrick Mahomes for the Chiefs and Lamar Jackson for the Ravens, are putting up fantastic numbers this far into the season.

With that said, let’s get into a few of those numbers that could have an impact on the game:

In total yards allowed per game, the Chiefs are currently in the bottom 13 of the league with 367.