Chiefs vs. Ravens: Darwin Thompson gets first chance to shine in Week 3 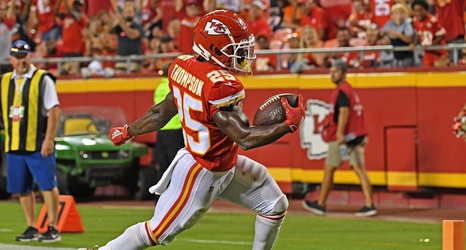 Darwin Thompson, a fan favorite from the Kansas City Chiefs preseason, is now going to get a chance to make his presence felt when it matters most.

On the eve of the Chiefs third game of the season, a home showdown against the Baltimore Ravens for early AFC bragging rights, Kansas City officially announced that running back Damien Wiliams has already been ruled out for the game. Given that fellow co-starter LeSean Mccoy has already been limited in practice, it looks as if Thompson will get a chance to shine.

Coming into the regular season, it looked as if Thompson had already earned such a role in a tandem with “starter” Damien Williams.