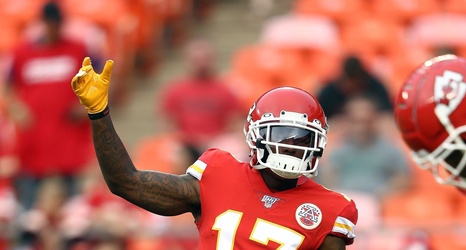 It is Week 2 of the NFL season, which means fantasy football fans were able to get a taste of who to watch out for (and avoid) as they look to fill out their rosters in both daily fantasy and season-long fantasy leagues. The Kansas City Chiefs in particular had some fantasy breakout players in Week 1, especially Sammy Watkins, who exploded with nearly 50 fantasy points on Draft Kings.

As we head into Week 2 of the season, there are some buyer bewares for both teams of this divisional matchup; Watkins, however, is not one of them.