Chiefs vs. Patriots: A successful game plan against Bill Belichick 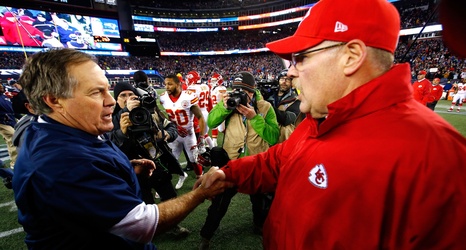 Despite being rare in modern sports, modern rivalries have been nothing short of fantastic in recent memory. Conor McGregor and Nate Diaz battling multiple times only for the last match to end after only three punches. Brady and Manning battling it out for AFC supremacy. LeBron and the Warriors battling year after year for the NBA title. The Blue Devils and the Tar Heels leading college basketball into the modern era.

But perhaps the newest sports rivalry maybe the most exciting.

The Kansas City Chiefs and New England Patriots have laid the foundation for a long and exciting rivalry: multiple heartbreaking playoff games, high scoring regular season games, the best quaterback of the previous 100 NFL seasons and the best quaterback of the next 100 on opposing sides of the ball, two of the best head coaches in NFL history, and paths that are destined to cross over and over again for a long time.