Chiefs vs. Chargers: Tyrann Mathieu was proud of defensive effort 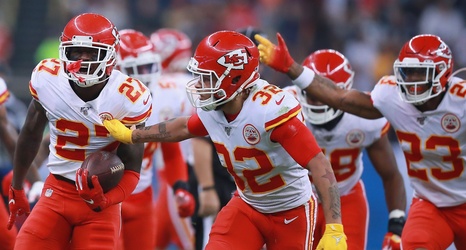 The Kansas City Chiefs defense stepped up and saved the day on Monday Night Football. That’s a statement not made often in Chiefs Kingdom over the last few years.

With the installation of Steve Spagnuolo as defensive coordinator, the hope was the team’s recent misfortunes on defense would be remedied with the exit of Bob Sutton. General manager Brett Veach imported new veteran leaders in a rollercoaster of a single offseason. Frank Clark and Tyrann Mathieu were brought in as Dee Ford and Justin Houston were shown the exit.

The early going wasn’t too pretty as the Chiefs offense carried the team for the first month, but the defense started to look the part at midseason in a dominant performance against the Denver Broncos.