Chiefs training camp to be in St. Joseph for at least three more years 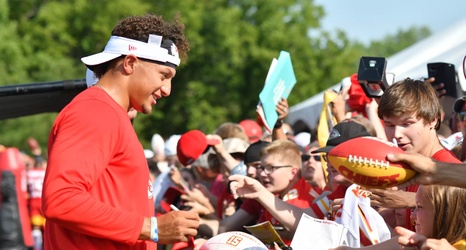 Although the Kansas City Chiefs considered some other alternatives, the team has decided to keep their annual training camp at Missouri Western State University in St. Joseph for the next three years.

The new deal with MWSU announced on Tuesday gives the Chiefs the option to extend the deal for another two seasons after that, meaning that the team could remain in St. Joseph through the 2024 season.

Dates and additional details for this season’s training camp will be announced in mid-June.

“Our team researched and reviewed a number of viable options over the past six months.
See full article at Arrowhead Pride