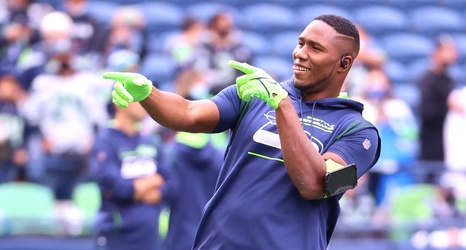 Late Thursday morning marked one of those NFL circumstances that only happen once in a while — a new player coming to terms on a contract while the team is still practicing. At 10:29 a.m. Arrowhead Time, ESPN’s Adam Schefter alerted the masses: defensive end Carlos Dunlap was a Chief.

Less than 30 minutes later, defensive coordinator Steve Spagnuolo took the podium for his first official press conference of the 2022 season.

“I know there’s talk out there about us signing a player,” Spagnuolo said carefully. “I don’t know that there’s pen to paper right now, so I won’t go there.