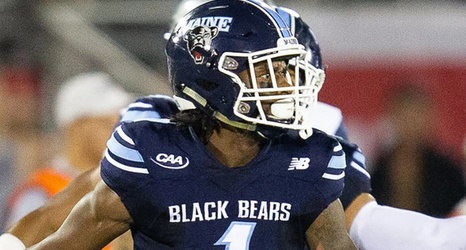 According to the NFL’s transactions wire, the Kansas City Chiefs signed another player who tried out with the team during their rookie minicamp over the weekend: former Maine defensive back Manny Patterson on a one-year contract.

We have signed WR Daurice Fountain and DB Manny Patterson.

DB Jaylon McClain-Sapp has been waived.

To make room for Patterson and wide receiver Daurice Fountain — whose signing made news earlier in the day — the Chiefs waived defensive back Jaylon McClain-Sapp and released wide receiver Tajae Sharpe.