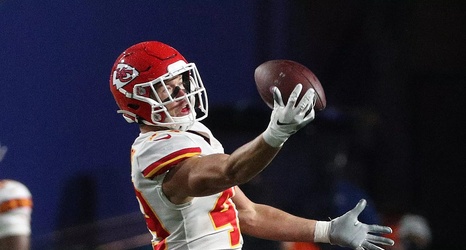 The Kansas City Chiefs secondary finished its Week 5 game against the Las Vegas Raiders knowing there would be some bad tape to watch.

The Chiefs surrendered 490 total yards, 346 of them passing, including (surprising) Derek Carr gashes of 72 and 59 for touchdowns and another 42-yarder on third-and-long.

But in the NFL, there is little time for sulking.

“I think I told them this the day after the game or two days later: ’The NFL is the ultimate proving ground,’” Chiefs defensive coordinator Steve Spagnuolo revealed on Thursday as he met with the media via Zoom.