Chiefs-Raiders: The last chapter of the Oakland book 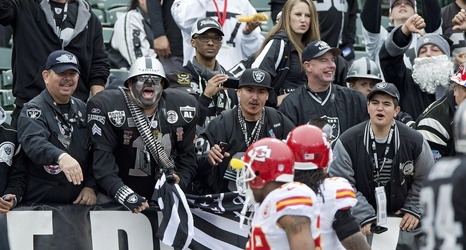 In Week 2, one of the NFLs oldest and most storied rivalries will be renewed for the 121st time.

The Kansas City Chiefs and the Oakland Raiders have been familiar foes since the 1960s. Both teams were charter franchises of the AFL and have played in the same division ever since — even through the 1970 AFL-NFL merger and multiple division realignments. These two opponents have created many memories since their first matchup on September 16, 1960 — a game the then-Dallas Texans won 34-16 in Oakland.

On November 11, 1970, the defending Super Bowl champion Chiefs were looking to put away an important game against the Raiders.