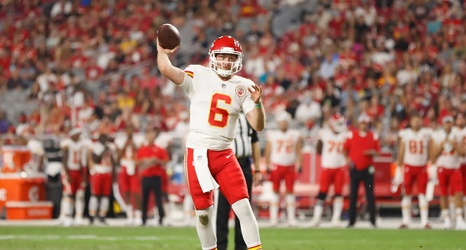 The Kansas City Chiefs have opted to protect two practice squad players in advance of their Week 8 game against the New York Giants on Monday Night Football. Quarterback Shane Buechele and linebacker Darius Harris are protected, blocking any other team from signing them before Monday.

Buechele was 37 of 55 for 422 yards, three touchdowns and two interceptions in the preseason, and it appears the Chiefs like him enough to make sure he is not plucked out of Kansas City.

The protection of Harris likely indicates that veteran linebacker Anthony Hitchens is not ready to return from his triceps injury, which was almost to be expected given Hitchens was seen at practice with his right arm in a sling last week.