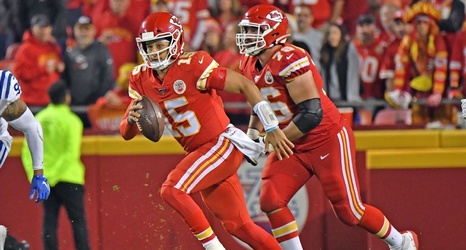 KANSAS CITY, Mo. -- Patrick Mahomes said his injured left ankle wouldn't limit his ability in Sunday's game against the Houston Texans at Arrowhead Stadium. Mahomes reaggravated the injury in last week's loss to the Indianapolis Colts when he was stepped on accidentally by a teammate.

"I actually feel pretty good today,'' the Kansas City Chiefs quarterback said. "I feel like after the (Colts) game, it was sore after the game. But it's feeling pretty good today so I'm glad to be able to go out there and practice on it and get it moving around and stuff like that.