Chiefs' Hill out vs. Raiders, 'week to week' 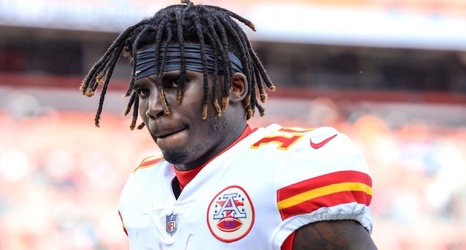 KANSAS CITY, Mo. -- The Kansas City Chiefs ruled wide receiver Tyreek Hill out of Sunday's game against the Oakland Raiders, but they are holding out hope he can return shortly after.

"I know there's speculation out there about how long [Hill won't play], but he's truly a week to week injury,'' trainer Rick Burkholder said.

Hill injured his collarbone and sternum in Sunday's win over the Jacksonville Jaguars. Burkholder said the procedure to reduce the sternoclavicular joint went well.

"There was no damage to any of his vital organs or his vessels,'' Burkholder said.