Chiefs face Bengals in Week 13 with 2 scores to settle 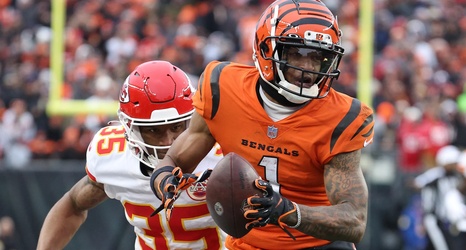 When they travel to Ohio to face the 7-4 Cincinnati Bengals this Sunday, the 9-2 Kansas City Chiefs will be seeking payback for not just one but two bitter losses to the Bengals in January of 2022.

In both games, the Chiefs went into halftime holding an 11-point lead. Each time, Kansas City placekicker Harrison Butker tied the score late in the fourth quarter — only to watch Cincinnati’s Evan McPherson later kick the winning field goal.

In the first contest, the Bengals’ rookie wide receiver Ja’Marr Chase went on a rampage, collecting 266 receiving yards — setting a Kansas City franchise record for the most receiving yardage allowed to an opposing player — along with three touchdowns.