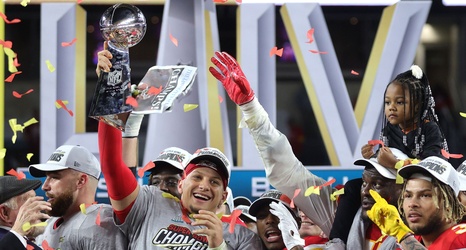 A lot has been made about Patrick Mahomes’ upcoming blockbuster contract in the past year, and especially in the past two weeks. Some analysts believe he will top $40 million per season, a number that would make him among the highest salaried athletes in all of sports. Some have wondered if he might take a pay cut, taking a page out of Tom Brady’s diary, because he’s focused more on championships than making the most money that he can make.

With Mahomes, given his stature and overall value to the team, it’s tough to say what he’ll do.