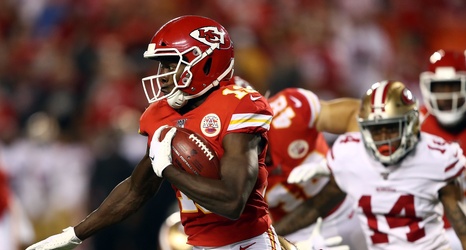 The Kansas City Chiefs raised a few eyebrows, at least, with their choice of player to drop to make room for the return of De’Anthony Thomas from suspension earlier this week. The Chiefs decided to release wide receiver Byron Pringle, a second-year prospect who looked very good in the preseason—good enough to make the team.

Fortunately for the Chiefs, Pringle cleared waivers and is now free to re-sign with the team on their practice squad, should Brett Veach want to do so. It’s assumed the team will add Pringle and drop someone else given that they chose the former Kansas State product to make the active roster above all of the players currently on the practice squad only a week ago.