Brandon Marshall, Mason Foster among linebackers who could help Chiefs 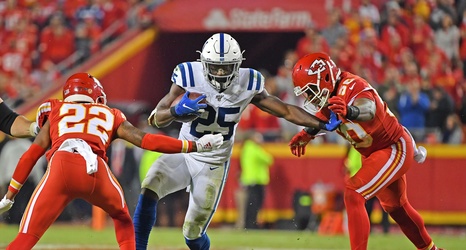 After being pummeled in the run game by the Indianapolis Colts on Sunday night, the Kansas City Chiefs now have the 30th ranked run defense in the NFL based on yards per game allowed (155.8). The team is actually worse when looking at yards per rushing attempt, ranking second to last in the league with 5.3 yards/carry allowed.

The linebackers on the roster are simply not adjusting to the new system put in by first year defensive coordinator Steve Spagnuolo. Specifically, a couple of major concerns exist. Anthony Hitchens looks like one of the biggest free agent misses in recent Kansas City history.